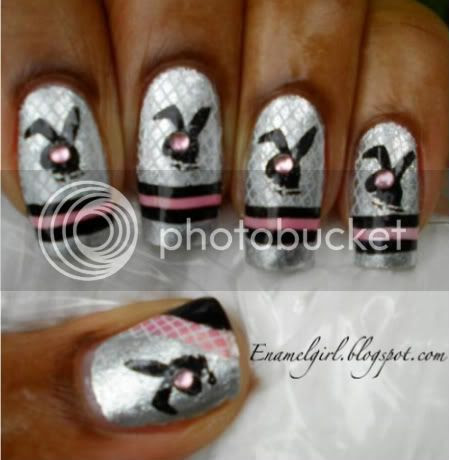 Today was a challenging day for my nails. I accidently chopped off part of one while slicing onions for a burger. I was trying to avoid adding another dish to what seems to be an endless pile. I know this was a silly thing to do but it was a small way of trying to keep the house clean. Don’t worry, I’ve learned my lesson and won’t try that again in the future.

I also broke a thumb nail today but I didn’t mind that so much since it tends to scratch my eye whenever I remove my contact lenses. So I guess that was for the best. To even things out, I filed down all of my nails. I’m not sure of the length I’ll maintain them at. I like the idea of having short nails so that I can take advantage of the full nail image plates. They also look sleek when there are no gaps or inconsistencies on the nail. I’ve been doing okay with doubling the stamp but it can be time consuming and not as pretty as shorter nails. 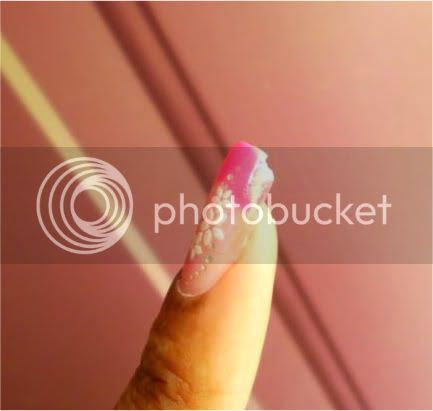 Here’s my naughty mani for today. I wanted to do something playful since it’s the weekend and time for some fun. I’ve also been obsessed with foil & minx manis and wanted something shiny. This is what I came up with and I hope you guys like it.

I received the Playboy bunny image plate as part of a fauxnad set purchased on ebay. I also used Konad plate M57 for the fishnet design and fauxnad Konad M44 plate for the French. I wasn't too happy with the left hand so I switched it up a little on the right. What do you think? 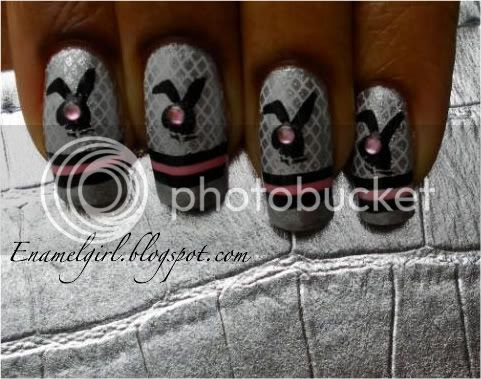 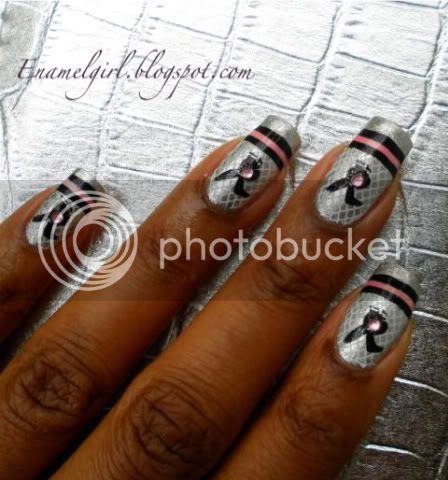 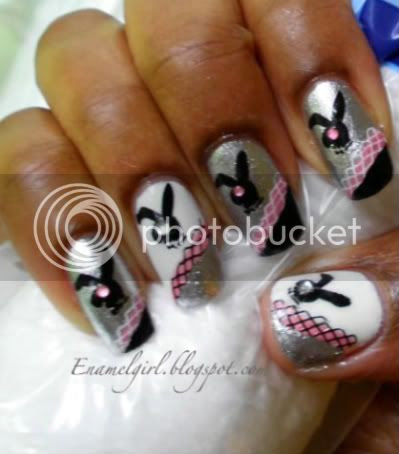 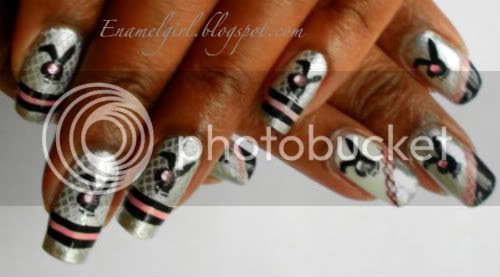