I'm in the process of organizing my nail polish today. We'll, I've been trying to organize it for weeks now with no luck. I originally purchased about 10 clear plastic bins, because I wanted to see the polish. But since Michael's had a clearance sale I snatched up a Melmer. I'll be putting it together later today.

I want to try to organize by color instead of brand. I think I have a lot of similar colors, so this will help to alleviate dupes, allow me to select colors faster and hopefully speed through my untrieds (which is massive). I think I need a Melmer for my untrieds alone :)

Anyways, today I wanted to share another foil with you. It's transparent so whatever polish color you select will show through. I choose white. 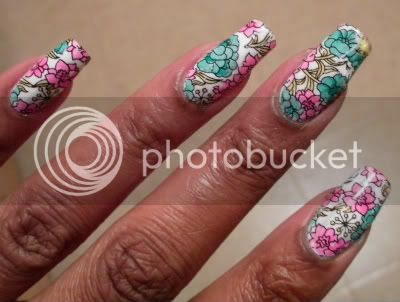 The full foil mani may be a bit much for most. But it's great as an accent nail. Here it is featured with Essie Turquoise & Caicos. 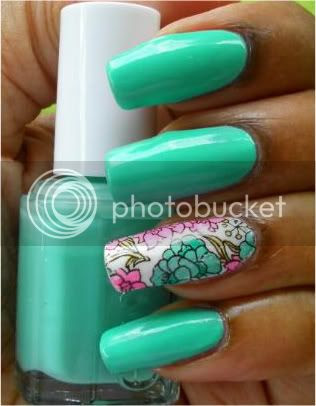 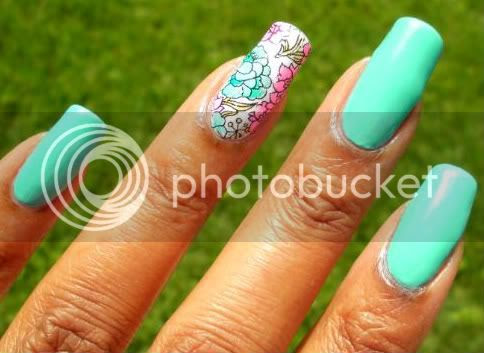