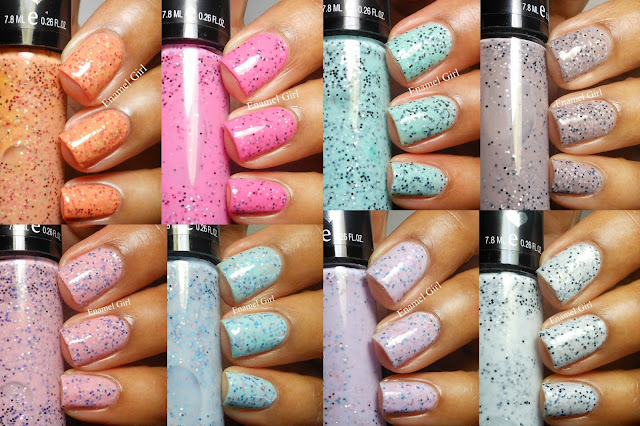 Hello Beauties! Today I have the new Hard Candy "Candy Sprinkles" Collection to share with you. I initially panicked when I couldn't locate these at the first Wal-Mart I went to. But I was thrilled to find them closer to home. The set comes with 9 glitter polishes (oops 1 is not featured above), but you'll find it below. For all of the polishes, I used 1 base coat and 2 coats of the Sprinkle polish.


Sweet Tooth - Pale milky blue base packed with blue, pink and white mini glitter.  I used 2 coats over a blue base (Nina Pro In A Tiff). I was initially going to use the polish alone but the formula on this one was quite thin. 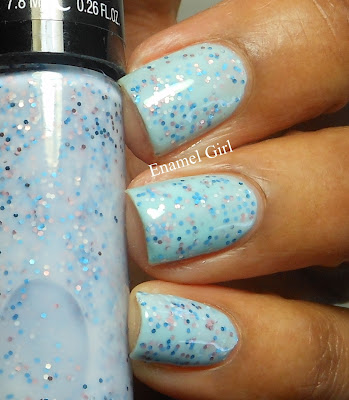 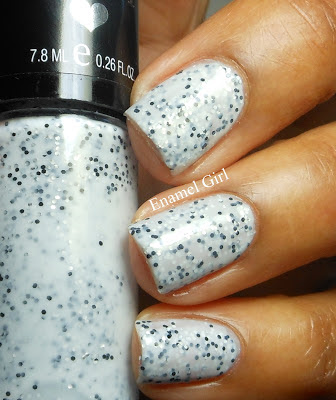 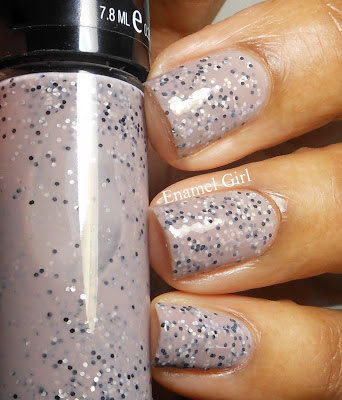 Jelly Bean Blue - another pale blue base but not as sheer as Sweet Tooth. This was a surprise favorite. It's loaded with blue and black glitter. A simple combination but I found it more interesting than Sweet Tooth. 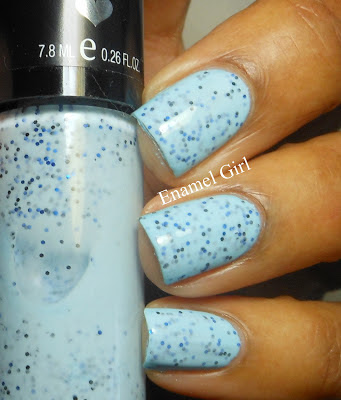 Pixie Pink -  Another surprise favorite and the sister polish to Sweet Tooth. They share the same glitter combination (blue, pink and white), but have a different base color. Pixie has a pale milky pink base. 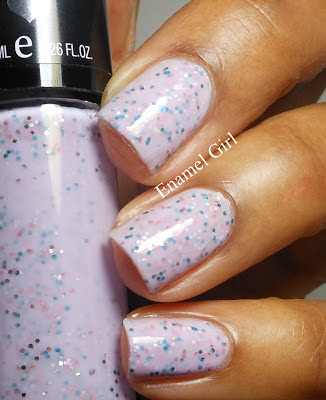 Cotton Candy Pink - the name describes the base color well but I was surprised to find black glitter in it. Its also loaded with silver glitter which appears white in the milky base. 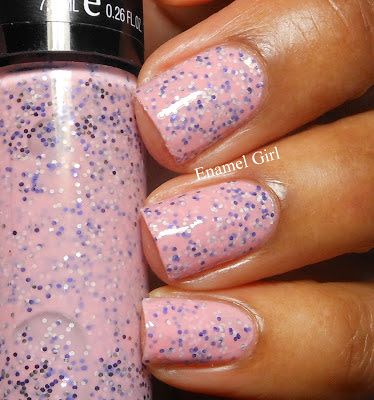 Pink Taffy - If you know how much I love pink, then you already know this is a favorite of mine. Its loaded with bright pink, black and silver glitter. Very pretty on. 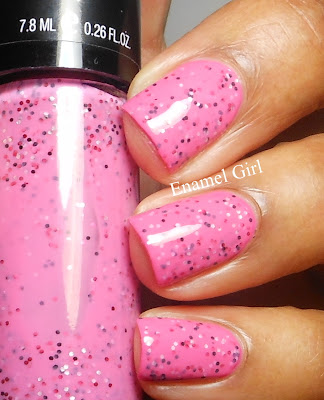 Peach Pop - I thought this was the most interesting and unique of them all. Its loaded with red, orange and gold glitter.  I don't think I owned a peach glitter polish until today, LOL. I think it goes well against my skin tone. 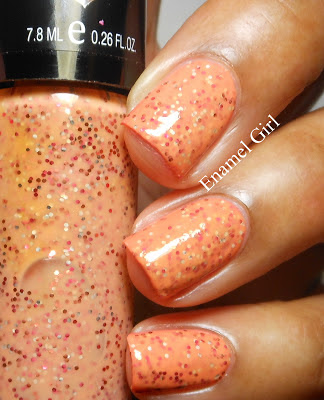 Gummy Green - an almost mint green. It has a cooler and slightly darker base color, but it still reminds me of mint ice cream. The base glitters are black and silver. There also appears to be white glitter but I can't tell if it's the base color changing the silver to white (which happens a lot with glitter polishes) 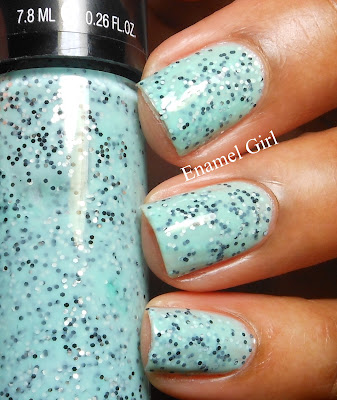 I used 2 coats of polish over a chosen base color because the polishes are sheer, in which they usually require at least 3 coats.  They are still beautiful with using a base coat and they still have that jelly/layered effect (glitter peaking through polish effect).  You can also change the color of the polish slightly by using a darker or lighter base color. I'll probably do that with Gummy Green because I want that mint ice-cream look.

As you can see, there is a variety of colors to choose from. I think it's a good selection but I could have appreciated something totally outside of the box as well.  I love that they used mini glitter, but I guess that's the definition of "sprinkles". Sometimes larger glitter can be overwhelming in certain environments. I think these are mild enough to wear in most situations.

Overall I'm in love with these mini glitters! Hard Candy has really done their research. I'm super excited, especially since I missed out on Nails Inc Sprinkles. I got 9 polishes for the price of 4 of their polishes.  Speaking of which, these polishes are about half the size of most full sized polishes. It was okay with me because at $4 I can't complain much.

I'm not sure if these are permanent, but there is a new case added within the Hard Candy Display, so that leads me to believe they are.  The Sprinkles and the other new Hard Candy's are in Wal-Mart Stores now, but will be available online in about one week.  I'll be heading back to Wal-Mart to buy more of the new line(s) soon :)